The forgotten book in question…

I’ve blogged before about using eBay as a research tool. I trawl the website frequently, looking for new material related to the singers who populate my PhD thesis. I’ve made some excellent finds, including a rare first edition which cost the princely sum of 99p!  I also regularly search AbeBooks, an online marketplace for rare books and ephemera. I have bought many unusual books and original letters through this website over the past few years, but my latest purchase is by far the most interesting. I’ve located a new work authored by Sir Charles Santley, the Victorian opera singer who was the subject of the exhibition I curated earlier this year.

When searching for material related to Santley, a work entitled Meditations for Each Day of the Month of June came up in my search results. It piqued my interest immediately, as I’ve been researching Santley for years now and haven’t come across it before. There was no description of the work and I couldn’t find anything about it online, so I paid £5.99 and waited for the mysterious item to be delivered.

When the small red book arrived, it became clear that it was a religious work containing a series of meditations on the Sacred Heart of Jesus. Devotion to the Sacred Heart, my research has subsequently informed me, is a type of Catholic worship especially associated with the month of June. In his later life Santley converted to Catholicism and became a prominent figure in the Church. In 1887 he was made a Knight Commander of St. Gregory the Great by Pope Leo XIII. This is an honour awarded by the Pope in special recognition of service to the Church. Santley was so proud of his title that the letters ‘K. C. S. G.’ are displayed prominently on his grave. Interestingly, my research has also revealed that Pope Leo XIII, who bestowed this honour upon Santley, was particularly associated with the cult of the Sacred Heart and elevated its status within the Church’s calendar. Perhaps, then, Santley’s work was in some ways a nod to the Pope who had honoured him. The book contains a Nihil obstat, indicating that it was officially sanctioned by the Catholic authorities. 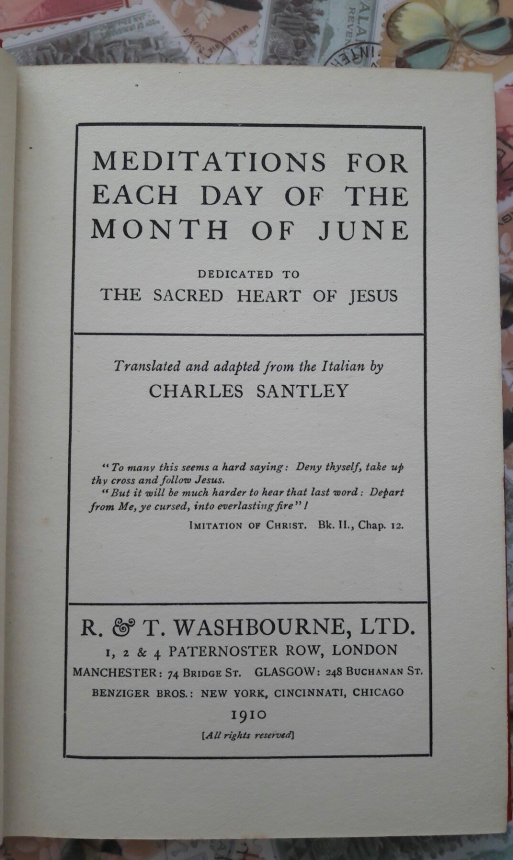 I still haven’t completely solved the mystery of this book. It is clearly stated that the work is Santley’s translation ‘from the Italian’. However, I have no idea what exactly this is a translation of. No original author is listed, and there is no introduction or preface to give an indication of the original source. Nevertheless, it is interesting that Santley was working as a translator. He spent much time in Italy and discussed his love for the Italian language in his autobiographies. He was fluent in Italian, and was also familiar with various regional dialects. This means that ‘translator’ can now be added to the list of Santley’s many other skills – singer, composer, adventurer, author, artist and linguist!

My copy of this book appears to be the only known one in existence. It is not in the British Library or the Bodleian collections, and no other copies appear to be for sale online. It was published by R. & T. Washbourne, who produced many other religious works in late-Victorian and Edwardian London. The book must have been printed in limited numbers for a select Catholic audience, or more copies would survive. Interestingly, a sticker in my copy reveals that it was formerly part of the library at the Syon Monastery in Chudleigh. Despite extensive searches, I have only been able to find one brief review in the archive of Catholic newspaper The Tablet. If anyone else finds a copy of this work, or knows something about it that I may not, then please do get in touch! 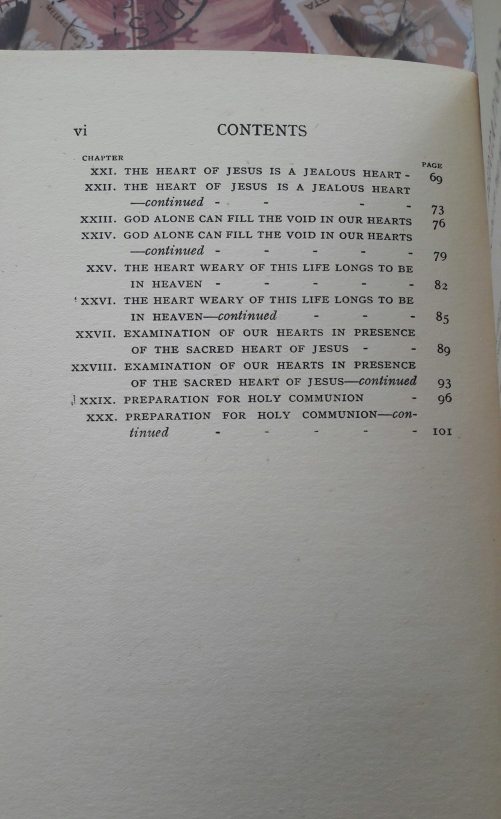